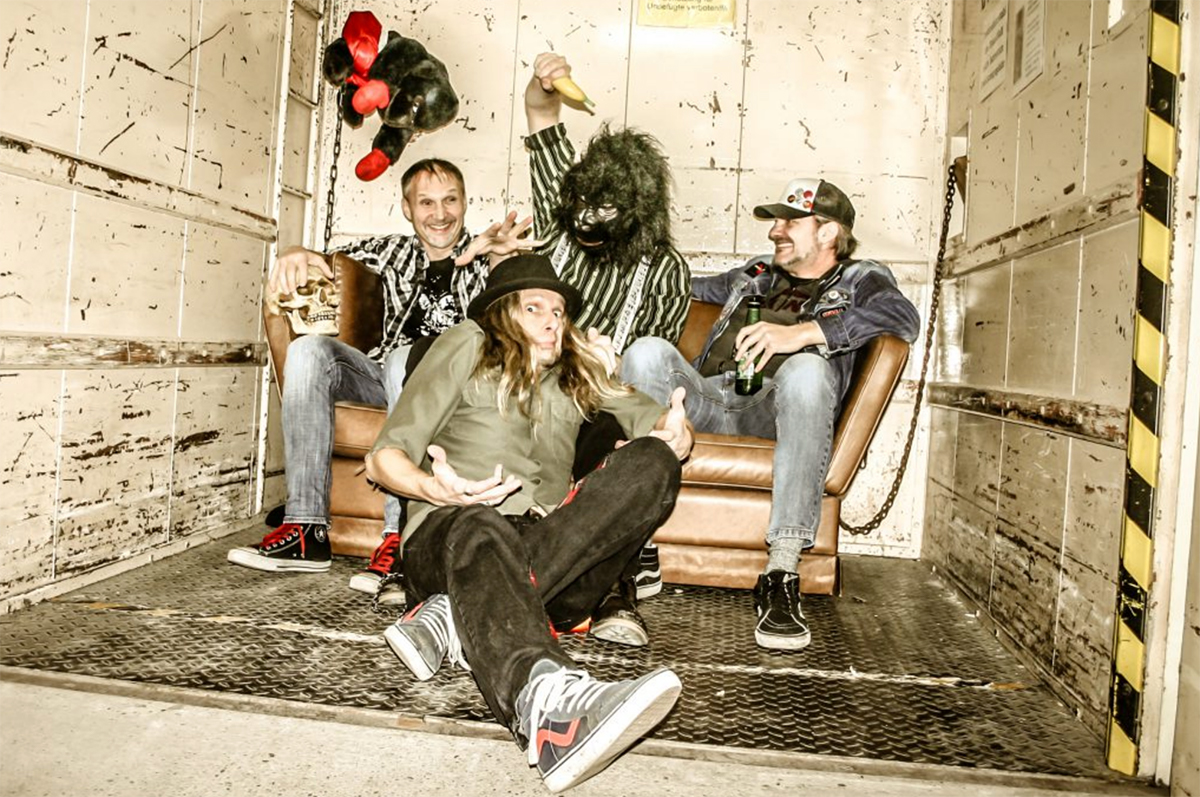 Even if the name suggests it, the four from Mainz have not killed Rock N Roll. But on the contrary! Resuscitation is the clearly targeted goal. They poached in a targeted manner in the 60s to 90s and so garage, detroit, retro, high energy or even punk ‘n’ roll elements can be found in their songs. But never without losing the thread.

In 2019, The Killer Apes have already proven themselves with bands such as RoadRage, Deviltrain, CatEaters side by side. Anyone who has experienced them live will probably comment as follows:

“They are probably drunk from illegally brewed Banana beer and marauding, uninhibited by alcohol, through the Settlements and strike mercilessly. The Apes cannot be hold back. The four King Kongs drum on their chests and race from one zoo to the other. The rock ‘n’ roll jungle has long needed this. Because there are enough lacquer monkeys”… It reads like lurid trash literature.

Their first recorded demo song made it straight to the 16th edition of the “A Fistful More Of Rock N ‘Roll” sampler by legendary Electric Frankenstein guitarist Sal Canzonieri and is expected to be released on vinyl and CD in 2020. A first own album is also planned for 2020.

Although we only have one track here by our fellow Mainz rockers, we can clearly see where these apes are going: Destination fuck up your speakers. Play ‘em loud, play ‘em dirty cause they play dirty rock ‘n’ roll! Let’s see what else they got in store this year…