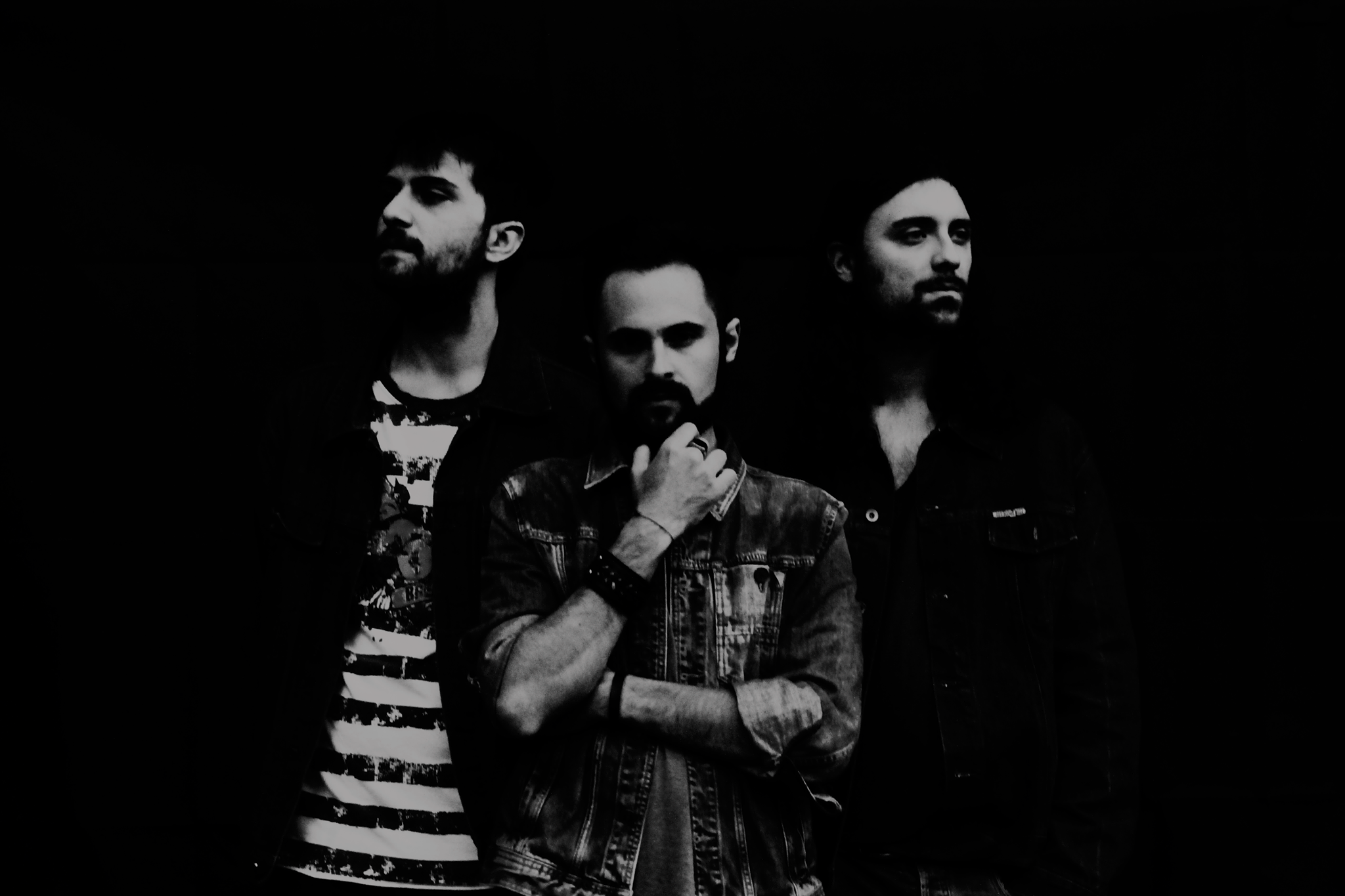 The Dhaze (IT) – Deaf Dumb Blind

The Dhaze are a power trio based in Naples, born in 2017 and formed by Simone Pennucci (vocals/guitar), Vincenzo La Tegola (bass/vocals) and Lorenzo Manna (drums). The band plays a personal variety of psychedelic rock, firstly influenced by 70’s music, stoner rock, doom metal and pure lysergic sounds, but also inspired by other musical contexts such as grunge or alternative rock. Among the band influences we find Colour haze, All them witches, Kyuss, Tea Party, Tool, Pink Floyd, Black Sabbath, Dead meadow and many others.

All the artwork concept was realized by Ernesto Nuss, a very active neapolitan artist. “Deaf Dumb Blind” is the The Dhaze’s debut album. It was mixed and mastered by Seb Di Martino at SDM studios and distributed by Sound Effect Records.

Lyrics are inspired by the dark side of human nature, passing towards the psychological abyss of perceptions, of neurosis and  of the deepest fears that live inside each one of us.

I have difficulty finding a label for this kind of music – and this is a good thing! The Dhaze have managed to find a voice of their own in the spectrum of everything that is stonery, psych, doomy and gloomy. While I urge you to check them out, I also recommend not to miss the part around 03:50 in their song “Like a Picture”.