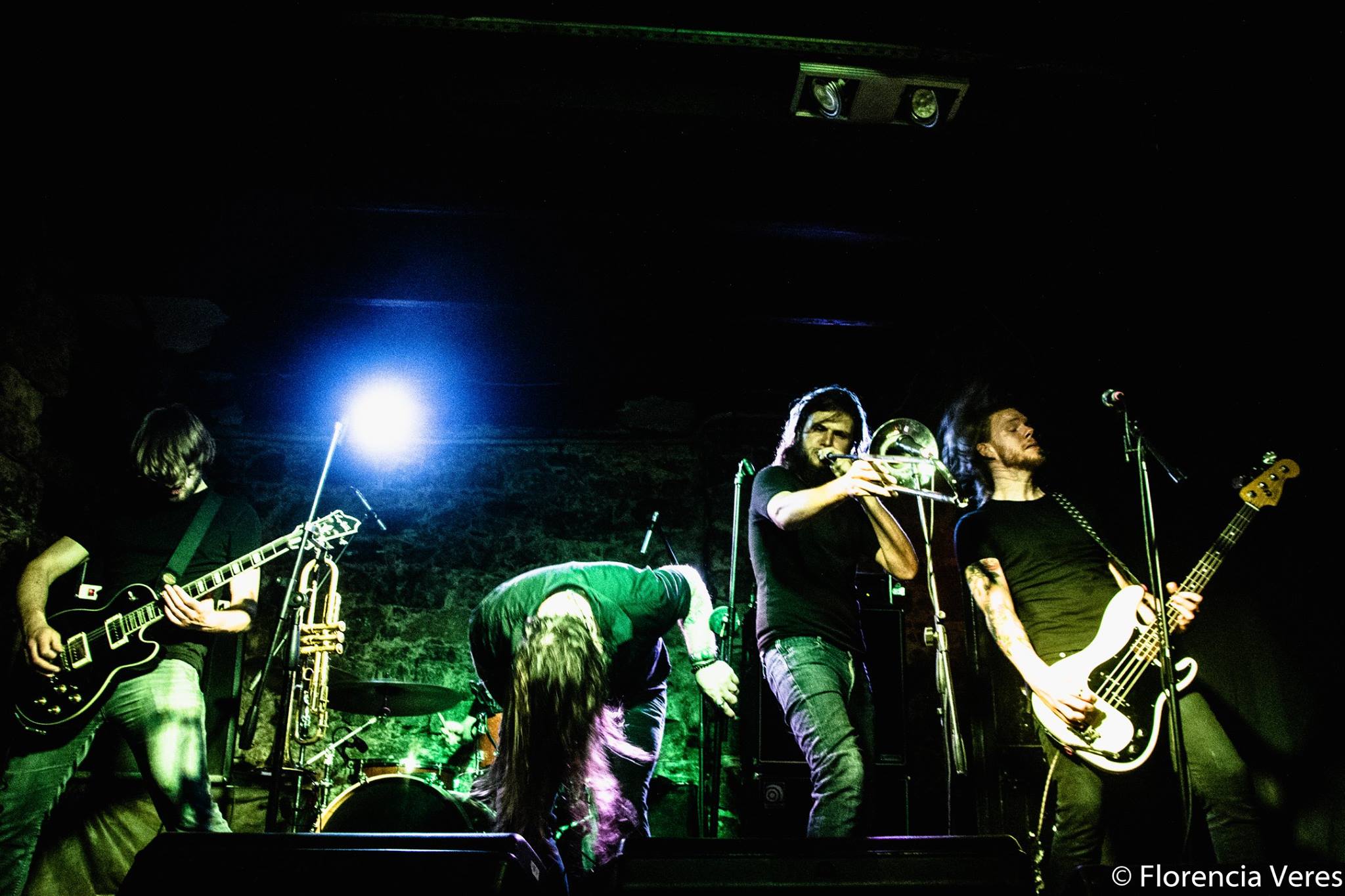 Heavy brass, brutal riffage, pounding drums, cojones, and Spanish urban lyrics that make you wonder “did they just say that?”. Yes they did. They go by the name of ¡PENDEJO!

¡PENDEJO! is a heavy rock band from the Netherlands, founded by two cousins with a history in Latin America. Digging into their latino roots they started blending heavy riffage, right-in-your-face lyrics in urban Spanish and to top it all off, a screaming trumpet.

Leaving their skid marks in the underground scene throughout Europe and Latin America – and having shared stages with influential heavyweights like MONSTER MAGNET, FU MANCHU, KARMA TO BURN and HELMET – the band puts on a show for anyone who is not afraid to be grabbed by the cojones and to be thrown into a spicy puddle of chili con carne.

In 2010 ¡PENDEJO! released it’s debut album ‘CANTOS A LA VIDA’ which got great reviews from both the Dutch and the international press. Their music has been described as heavy, addictive, rough and grooving, or as a Spanish critic so eloquently put it: “Heavy rock in Spanish with balls the size of Danny de Vito”.

¡PENDEJO! recorded it’s second album ‘ATACAMES’ (2014) with producer Pieter Kloos (Motorpsycho, Ween, Barkmarket, Dool). This resulted in a daring album containing 10 songs ranging from heavy to lighthearted, and from melodramatic to outright aggressive. Between 2013 and 2018 the band did several tours in Europe and Latin America, including their European tour as support for MONSTER MAGNET in 2018.

For it’s new album ‘SIN VERGÜENZA’ (2018), also recorded by Pieter Kloos, ¡PENDEJO! continued its journey into the mostly untouched area where brass and heavy guitars meet. On ‘SIN VERGÜENZA’ (‘Shameless’ in Spanish), the band displays a musical attitude as shameless as the lyrics on this album: right in your face, unconventional, and not afraid to cross the limits set by moral censors. All of it, of course, interlaced with the acidic humor ¡PENDEJO! is known for.

!PENDEJO! toured in Argentina, Paraguay and Uruguay in February 2019, did a German tour in May and were back on the road this October in Germany and Holland with their brothers in arms from Banda de la Muerte (Arg). The band released ‘SIN VERGÜENZA’ in Mexico and Colombia in November 2019 and is currently planning a tour in South and Middle America for 2020. ¡Prepárate!

Take it or leave it. This is what first comes to mind while giving this record a listen. You don’t like heavy riffing? Don’t enjoy Spanish lyrics in your heavy rock? Don’t want a characteristic singer? And most of all: You don’t like brass paired with your shredding? I have bad news for you: You need to get lost. ¡PENDEJO! come to steal your genre preconceptions, and I like this a lot.