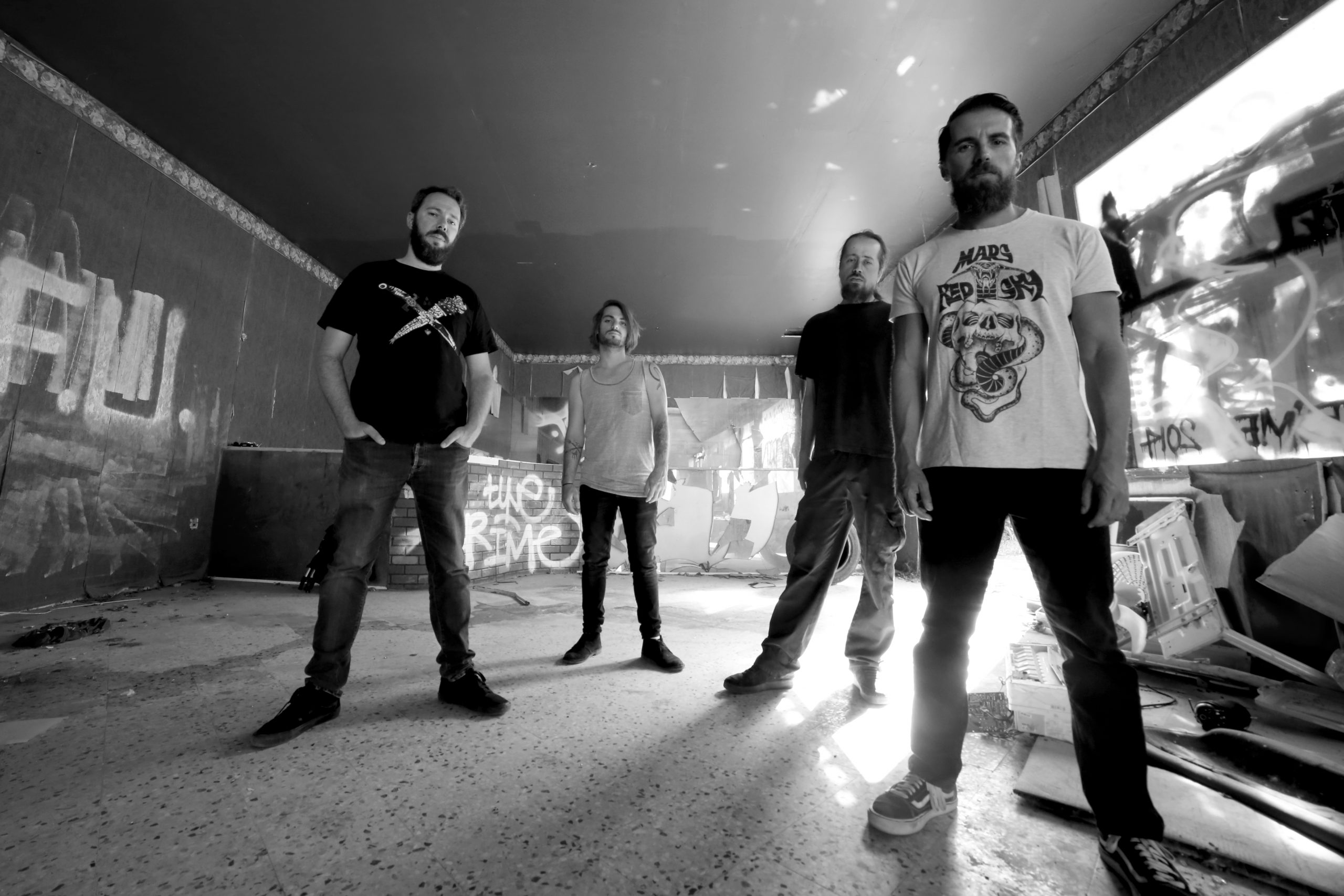 Our previous record, Troubled Waters,  has been recorded on year 2014 and has been mastered by Nick Zampiello and Rob Gonella at New Alliance East Studio (USA), which have long proven themselves with Keelhaul, Converge, Scissorfight to name a few. CD/DD version of Troubled Waters has been released on April 2015 by Argonauta Records and is available on LP by Stone Stallion Rex.

We played a lot of shows everywhere in France and shared the stage with bands like Mars Red Sky, Yawning Man, MaidaVale, Glowsun, The Re-Stoned, Steak, Black Rainbows, Lo Pan, Abrahma, Mother Engine, Doctor Doom. We also toured in UK and Italy in 2017, Germany in 2015 and Spain/Portugal in 2013.

High Winds Preacher is our new 10 tracks album, released by Argonauta Records. It was recorded and mixed during summer 2018 by band’s bassist Colin Trognée and Simon Pillard (Buèges Valley Recording Service) and mastered by Kent Stump (Wo Fat) at Crystal Clear Audio. The artwork is in progress by French famous comic book designer Brice Cossu.

Denizen bring you rock solid stoner with a powerful riffing and overall energy. Throw in some funky wah elements and the occasional trippy parts, and you have yourselves a beautiful stoner record. Nice!