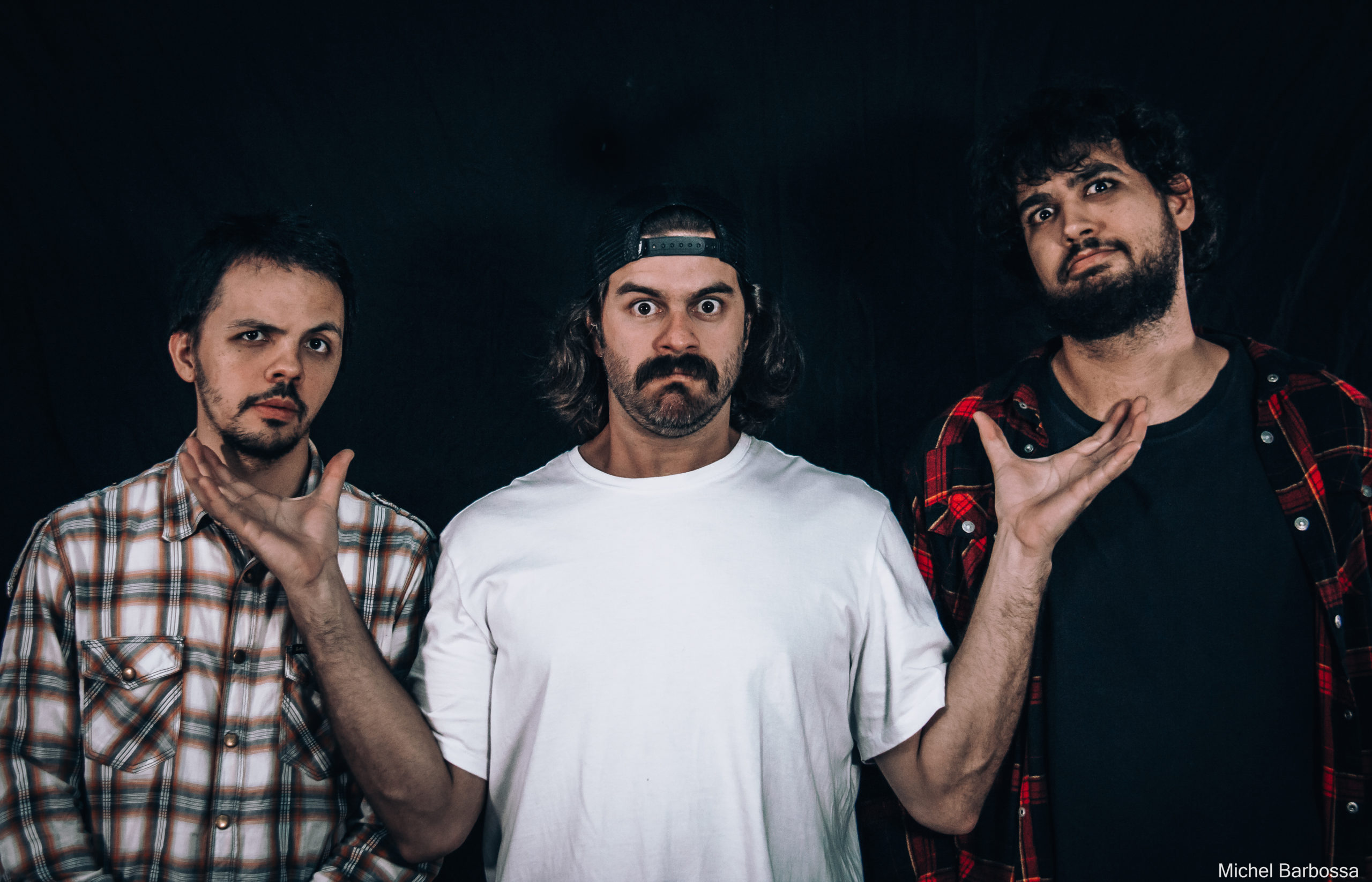 Concrete Monkey is a Brazilian progressive and psychedelic rock power trio from São Paulo. Founded in early 2013 by the drummer Vinícius Rodrigues and bassist Henrique Stella (today also the frontman), being integrated to the project shortly after João Mantovani as lead singer and rhythmic guitar, and guitarist Felipe Falci, completing its first formation stage.

Until the end of 2018, the band lived a rich phase of music styles mixing, in which the songs had many Brazilian elements like MPB (Música Popular Brasileira – Brazilian Popular Music), but also Classic Rock, Indie Rock and Psychedelic Rock. In January 2019, the lead singer and guitarist João Mantovani left the band. So, in 2019, a new phase begins, with a sound the remits more to Stoner, Grunge and Progressive Rock, enhanced by the new formation: a power trio. Henrique Stella takes the lead vocals and the group gets heavier and a bit more psychedelic.

In early October 2019 the first single, “High in Blue”, was released and uploaded on streaming platforms. On December 5th 2019, the second single “Cursed Spit” is released, and the third one, Happy Loser,  was released February 13th of 2020. The album “High in Blue” itself was released on March 27th of 2020 on the Electric Funeral Records label.

This is truly an album that keeps on giving, my friends! Whenever you think to yourself “Yup, I have read that on another page already here” – think again. In one instance you hear some Chili Peppers before sliding into familiar stoner terrain which is wildly disturbed by jazzy, bluesy intermissions. Progressive, shit yeah! Concrete Monkey, please continue producing this awesome and captivating music!